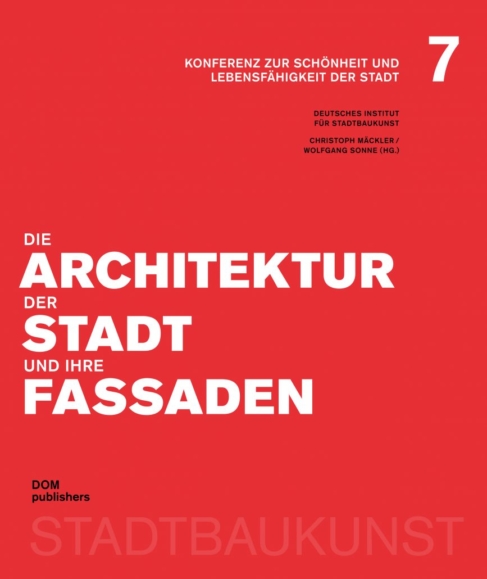 BauNetz, 4 May 2016 “A group of prominent German architects, planners and theorists were invited by Dortmund University’s Deutsches Institut für Stadtbaukunst to discuss no less a subject than the ‘beauty and vitality of towns and cities’.”

Frankfurter Rundschau, 7/8 May 2016 “The treatment of the detail was fascinating – starting with the design of an entrance or the outline of a vertically articulated fenestrated façade. Why is a high plinth so unwelcoming in urban settings? Why is an arcade an appealing addition to an urban space? Why is it so important for orientation that an entrance be easily grasped?”

Die Welt, 14 May 2016 “But the façade of a building is the face it shows the public, and this face has an effect on many more people than just those who enter or use the building. Even at the start of the 21st century, whether architecture satisfies or instead tends to repel the observer, that is still essentially down to the façade. It is not surprising that ‘featureless’ is one of the words most often heard when it comes to criticism of new buildings. Therefore, we cannot commend the Deutsches Institut für Stadtbaukunst highly enough for making the façade the subject of its annual conference on the beauty and vitality of towns and cities.”