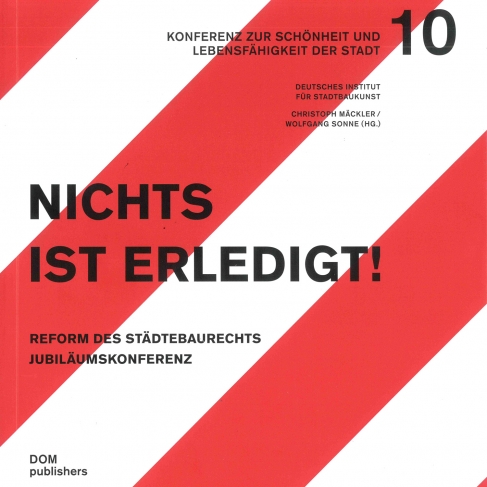 Change in the legal conditions for mixed urban districts

Urban housing construction remains the major political, social, urban planning and architectural challenge. At the Düsseldorf conferences of the last ten years, the German Institute for Urban Design has systematically and comprehensively analyzed and discussed the conditions and topics of urban development: questions of economy, ecology, politics, society, culture and technology in connection with questions of urban planning and architectural design the city. Most recently, the focus was on the mixed urban quarter, which, instead of functional zoning and the construction of residential areas, forms the basic building block of the compact European city and has to form again.

Much has been achieved in understanding what constitutes a mixed urban quarter in contrast to a settlement: the separation of public and private areas, the social and functional mix, the construction, population and activity density, the appropriate size of plots and house types, the architecturally appealing formulation of public spaces. But one central condition still stands in the way of the realization of such mixed city quarters: the building legislation. Regulations such as the building use ordinance originate from a time in which the dense city wanted to be overcome by loosening up housing developments. Or others like the noise abatement ordinance (Lärmschutzverordnung) only serve a singular goal without considering the impact on the city as a whole. The result is that, paradoxically, we are not allowed to build urban quarters like the most popular and best functioning ones in our cities – even if we want to.